After killing most of our brain cells and hardening our livers with moonshine, the time came to hit the road again. A hangover in Vang Vieng can be nursed with all your favourite remedies and in my case – chocolate milkshakes and more bangers and mash in the Aussie Bar. We weren’t the people we used to be when we arrived in Vang Vieng, but the headache and general body pain had lifted and we were ready for the 4 hour drive to the capital, Vientiane. I assumed it would be in another small van, hurtling round mountains and nearly killing us. Well it was the complete opposite. A massive van, half full, with a careful driver and smooth straightish roads all the way there. We slept a lot of it (anyone would have thought we’d hadn’t slept in ages!). We were going to spend half a day in Vientiane and fly the next day to Hanoi in Vietnam (slightly more expensive but avoiding the dreadful 24hr bus trip there, which our slow boat friends were going to do).

When we entered Vientiane, it was clear to see that this place had money and had a colonial past with France due to the look of the architecture. The cars driving round were nice, there were bars and cafes everywhere and I kept seeing Henessy shops on street corners. When we stopped, we were told by the bus driver that we were out of town, so needed to take the tuk tuks (that were there, conveniently waiting for us) to get to the hotel and hostel area. Annoyingly we all believed this bullshit, were made to pay up front for the ride, and were driven for what seemed like ages around the city. At the time we were pleased we took the tuk tuk as it seemed a long way from where the bus had dropped us off. After checking into a nice hotel we found, we later went for a stroll around the streets and soon learnt that the bus actually dropped us off just round the back of our hotel. We’d been scammed!

There really wasn’t much to do here except to eat and drink. We ate a nice halal curry at an Indian restaurant for lunch, walked it off by the side of the Mekong river (now wide with dried out banks), and could see Thailand again on the other side. Later we drank fruit smoothies at a nearby bar and looked round the local night market. It was so hot here, even after the sun had gone down we found ourselves running between places with air con.

The next day, before catching our flight, we visited the local museum where we learnt about the many centuries of war Laos had experienced. It seemed everyone at some point in history had invaded this lovely country – ancient powers from Thailand and Cambodia, 200 years ago France had made their own impression and even the Yanks had a presence here at one time. Actually America bombed the crap out of Laos during the Vietnam war as they believed Laos was the trading point of firearms to the Viet Cong guerrilla groups they were fighting against. Lots of unexploded bombs are still being found today, sometimes by farmers that loose a limb or two with the discovery. Lots of blood was spilt and most travesties were documented in photos and displayed here at the museum. Some of it a little too shocking to see. Even though these poor people have gone through so much heartache in the past, they are the nicest people I’ve ever met and I was quite sad to be leaving.

We grabbed a taxi to the airport and after our last bottle of Beer Lao (my favourite beer so far) and some noodles for lunch, we boarded our spanking brand new Laos Airways plane, with crazy neon lights inside, super aircon units that were so cold they were smoking and lime green leather seats. We sat back and enjoyed the short 45 min flight to Hanoi, Vietnam. All I had in my head was ‘Paint it black’ by the Rolling Stones and ‘This is the end’ by The Doors. Man I’ve watched too many ‘Nam war films in my time! 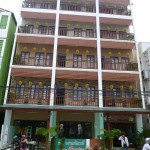 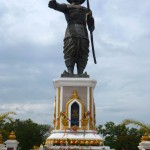 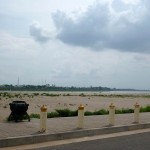 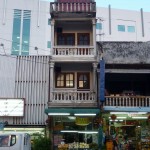 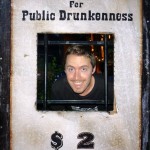 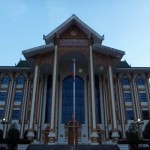 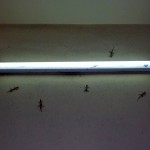 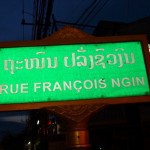 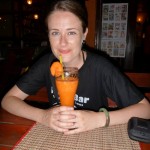 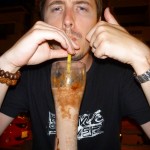 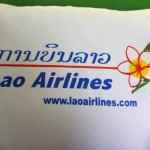