Hey everyone! So I left you last with the image of the nastiest sleeper train we’d ever experienced.

I thought to myself when the sun started rising the next day that things could only get better. I counted four weird bites on my stomach, great, WTF did that under the bed sheets? I also summoned the courage to go and use the toilet at the end of the carriage, took a deep breath and entered. A squat toilet like usual, piss all over the floor like usual but no handles to hold on to – hang on, that’s unusual?! Trying to squat isn’t easy for any Western girl having a piss, but on a rocking, hard breaking train it’s almost impossible without handles to grip onto. You have many things to worry about like rolling your foot over the edge of your flip flops into the wee on the floor, making sure you hold up your clothing so it also doesn’t dip into anything suspicious, you want to free-whizz but a strong stream gives a risk of splashback, you have one hand holding up your pants while the other has a clean tissue ready and waiting, all the while you’re trying not to bang your head on the wet wall opposite you… and the list goes on. Well, I succeeded in all of the above until the train broke violently and I fell over, mid-stream, straight onto the cold wet floor. FML.

As soap is rarely provided in toilets over south east Asia, I walked back to my shit hole of a sleeper carriage with a wet arm (I’d tried to wash with water in a hobbit-sized sink), legs covered in my own urine and flip flops making a squelching sound. My mood wasn’t much better I can tell thee! After sulking for a few hours, I soon started taking in the view outside. It was lush green jungle on one side and the blue open sea on the other. We passed the demilitarised zone and entered what was once a very separate south Vietnam, a few hours later we stopped in Da Nang and we jumped out, breathing in the fresh air.

Da Nang was where the American troops based themselves in the Vietnam war. They chilled out here between missions and named the huge stretch of beach ‘China Beach’. It was really quiet, hardly anyone around and I couldn’t wait to just jump straight into the inviting sea. We checked in after about 20 mins (the hotel staff were a bit bizarre, no one knew what they were doing) and we walked into our top floor room with huge glass windows looking out at the beach. Absolutely beautiful! However, if you got closer to the glass and looked down at the piece of land separating you and the beach, it was the local dumping ground. Like a lot of seaside towns in Vietnam, they do not look after their beaches. Such a shame. Anyway, we threw on our swimwear and jumped into the gorgeous warm sea. The waves were pretty big (maybe not by our surfer friend Pete’s standards, but big enough for us), so we tried body surfing. We’ve seen Pete do it loads in Newquay, back in the UK and thought ‘how hard can it be?’ Andy disappeared a few times on a wave and turned up on the shore, pants full of sand. He absolutely nailed it! Me on the other hand found it really hard, I kept sinking like a lead balloon! Pete you need to teach me in Bali dude. Deal?

In Andy’s last post, he showed you guys a video of how the Vietnamese make coffee. Well, we tried our hardest in Da Nang to get a good coffee but every time we ordered it something got lost in translation. If I asked for a hot cappuccino, I’d receive an iced coffee (gorgeous by the way and now my preference), if I ordered an iced coffee I would receive a hot espresso or one time I even got given a cold cappuccino – frothy cold milk, the works! I just hoped Hoi An (our next stop) would prove to be a bit more successful! There also wasn’t much in the way of restaurant choices around our hotel, so we ate lunch in a Vietnamese seafood diner on both days and dinner in a surf-themed bar called ‘Billabong’ which had a resident puppy called Bobby. Sooooo cute 🙂 It was from this bar that we hired two bicycles on our second day, to ride the stretch of China beach and right round the coastline of monkey mountain (which featured a huge lady Buddha). Andy had something that resembled a bike from Tour de France, not your normal hire bike and mine was brand new. It was nice to see the old fishing village at the end of the beach with stacks of lobster pots drying out in the sun and round bamboo rafts lining the street. On the other side of the mountain, after passing the lady Buddha, we found a secluded beach with coarse orange sand and big grey rocks. It was so beautiful.

By the end of the day, we were knackered and fancied another swim in the sea to cool off. When we went back to the hotel, there was a big commotion in the reception area. An American guy came up to me and said ‘don’t trust the staff at this hotel, I had two laptops stolen from my room earlier and the police are on their way’. We were so shocked and now worried for our own belongings we’d left in our room. Thankfully nothing of ours was taken, we always lock everything away but basically the staff in the hotel made you leave your room key with them when you went out for the day. The problem was that they were so unorganised and scatty that all the keys were left in a bowl, open for anyone to take on the reception desk (which was unmanned most of the time as the receptionist sat on the other side of the room on the computer, cruising Facebook, so there was no security what so ever). One night at around 11.30pm we even had a prostitute knock at our door by mistake. Turns out she’d got the wrong hotel and was meant to be next door. How and why she was let into the hotel in the first place baffled us. We now couldn’t wait to leave!

We laid in bed on our final evening wondering if another lady of the night would knock. We also listened to a food vendor on a bicycle go up and down our street, blasting out a recorded voice which sounded a bit like “what’s your name, proper Dave” (of course it wasn’t but we had fun matching English words to the sounds) and “boiled egg, hard boiled egg”. Ha ha! It was past midnight on an empty street so I have no idea what he was selling, but it really started to wind us up. It now became our mission to find out what he was selling (as we’d heard the same in Hanoi) and to find a decent coffee for once! 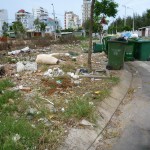 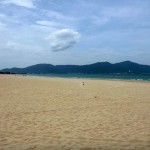 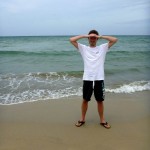 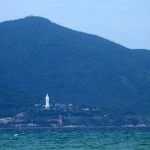 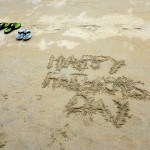 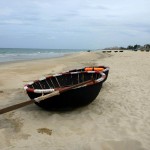 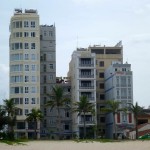 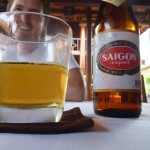 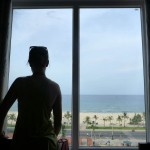 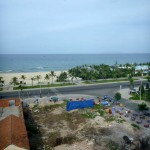 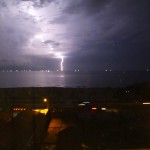 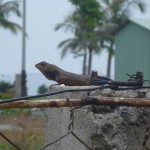 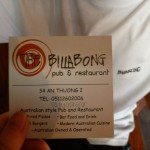 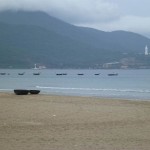 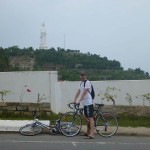 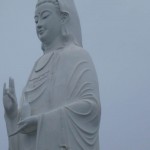 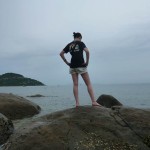 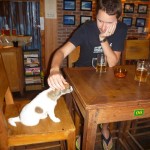 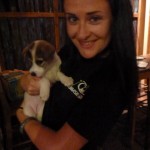